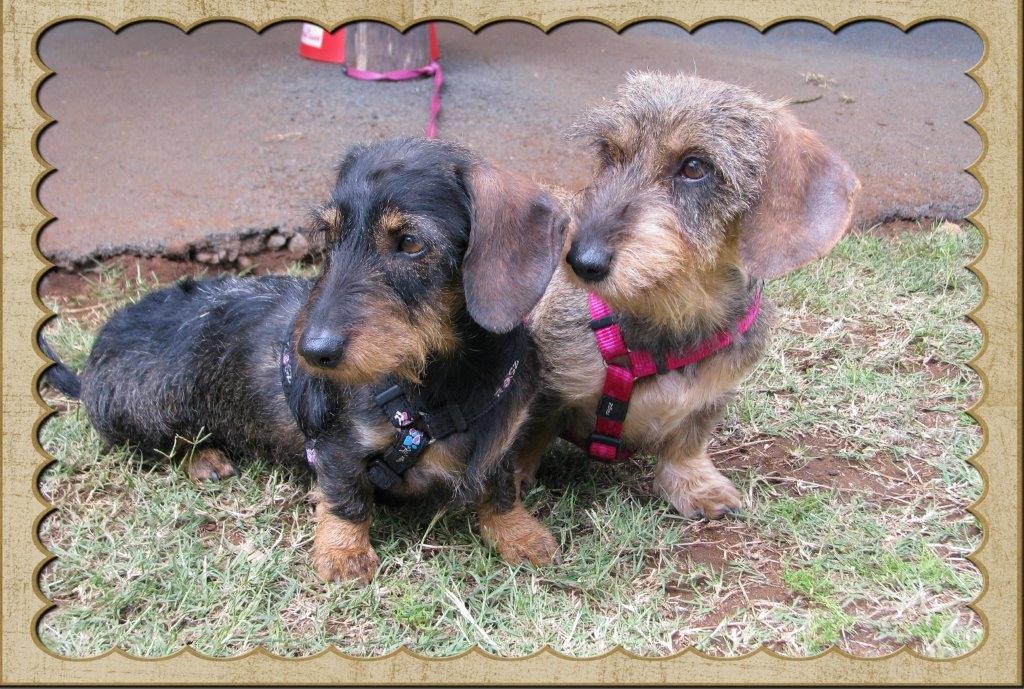 Tinkerbell & Gigi is currently living with our daughter Lin-Marié in Johannesburg but they remain frequent visitors to our home when Lin comes to visit us or when she is away on holidays. We enjoy having them here as they are fierce hunters and make sure there aren’t any mice around to come steal the dog food!

Tinkerbell and Gigi became very attached to the Labradors, and their favourite resting spots were right on the back of the late Poplap, where it was soft and warm, especially during winter months. 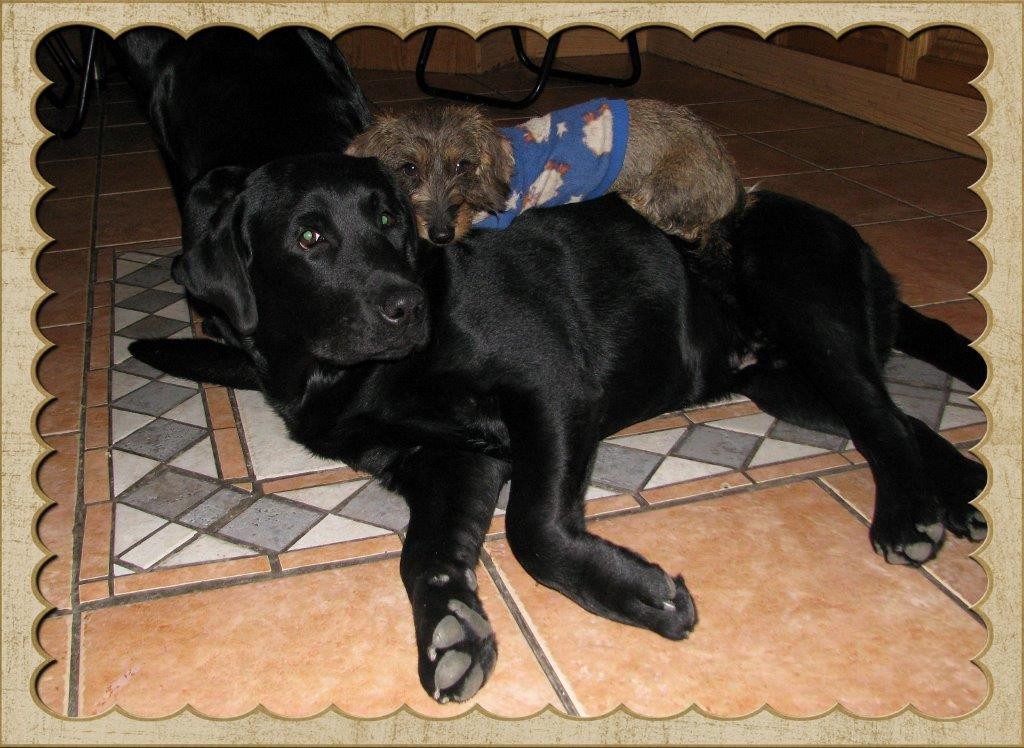 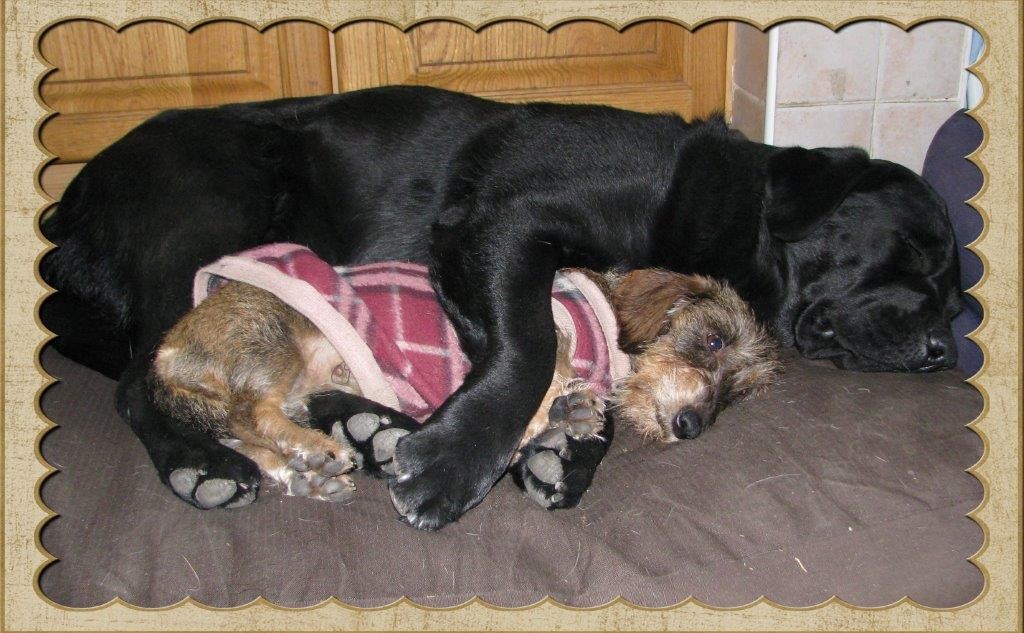 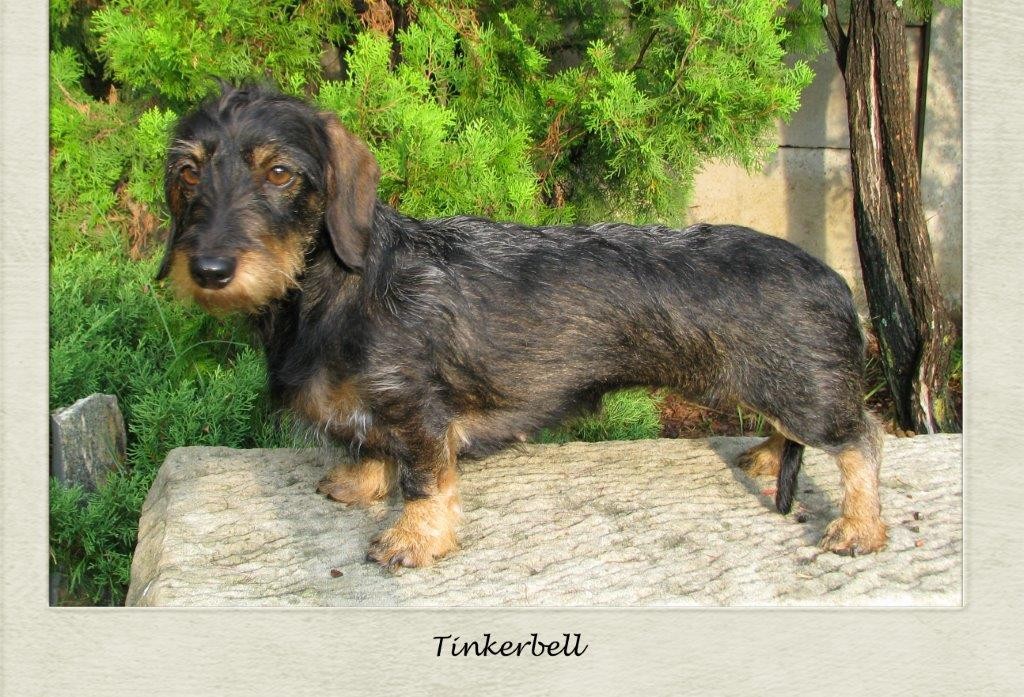 Tinkerbell was a birthday gift to our daughter Mariska on her 13th birthday. We all fell in love with this sweet miniature wired haired Dachshund (mini wire Daxie, in short!) Mariska enjoyed showing Tinkerbell. Tinky was rather successful in the show ring and soon made into a breed champion. It was always so funny to see the tiny Tinkerbell in die Best of Breed line-up standing next to the “huge” Irish Wolfhounds! She obviously felt a bit intimidated by the “giant” behind her, but she stood firm and did what she had to do to be a good show dog J

As she is so small (less than 4kg) we decided not to breed to her, but to enjoy her as a family pet only.

Tinkerbell was bred by the late Mrs Marie Stewart and will always treasure the legacy Marie has left us in her. 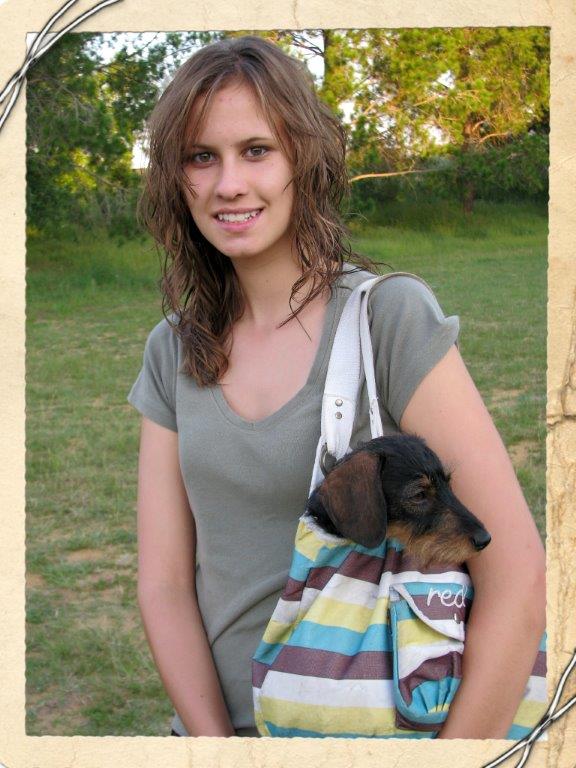 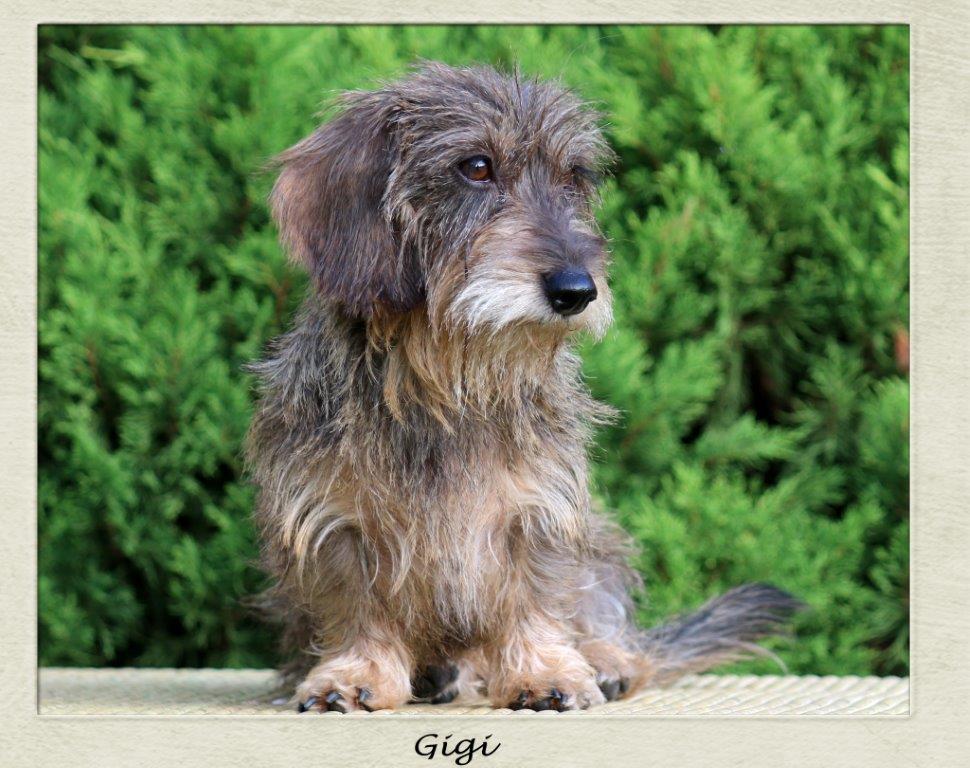 Gigi joined our family the year after Tinkerbell, as a birthday present to our daughter Lin-Marié. After Mariska got Tinkerbell as a present, Lin-Marié thought it was the cutest doggy she has ever seen, and she please also wants a mini Daxie.

Gigi is of boar colour and has high energy levels. She was also shown when younger, but “retired” from the show ring before she was made up as champion.

Lin-Marié became interested to get involved with therapy work with Gigi, and together they started a training course to qualify as Paws for People therapy dog and handler. Gigi did well and thanks to Lin-Marié’s hard work and dedication, she completed the training course. Sadly she was found a bit too “vocal” for hospital visits so instead she became a “charity walker” where nobody cares about her being a bit vocal! Lin-Marié takes her on charity walks where dogs are allowed and she loves all these outings.

Gigi is very sociable and enjoys the company of people and canine friends. Although a bit bigger than Tinkerbell, we decided also not to breed to her.

Gigi was also bred by the late Mrs Marie Stewart. Marie and her husband Gordon’s memories will live long in our family – we treasure these two very special Daxies they entrusted to us. 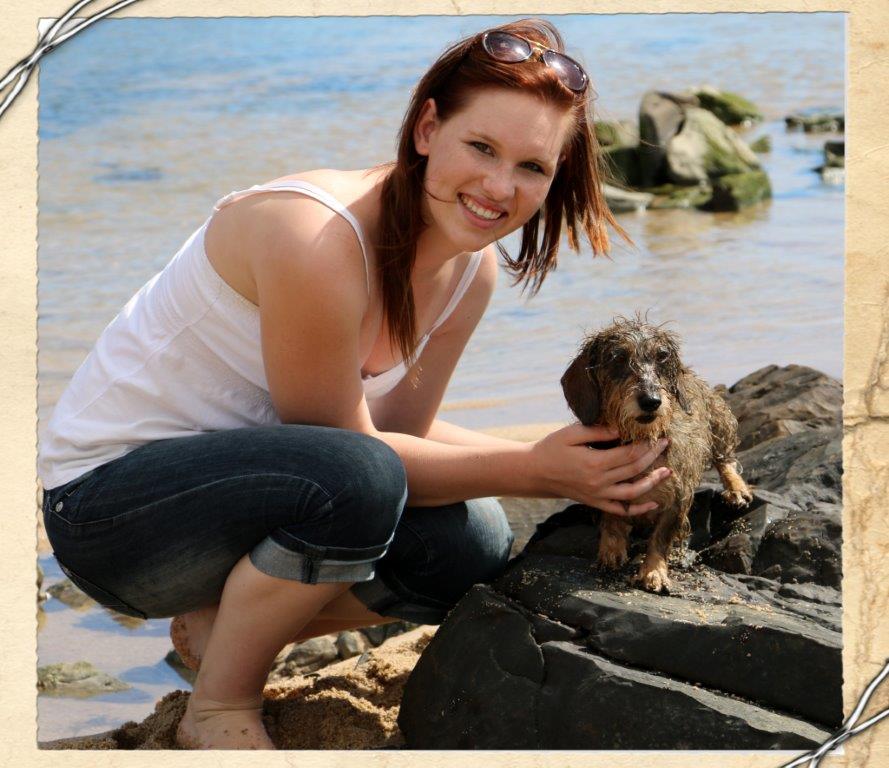