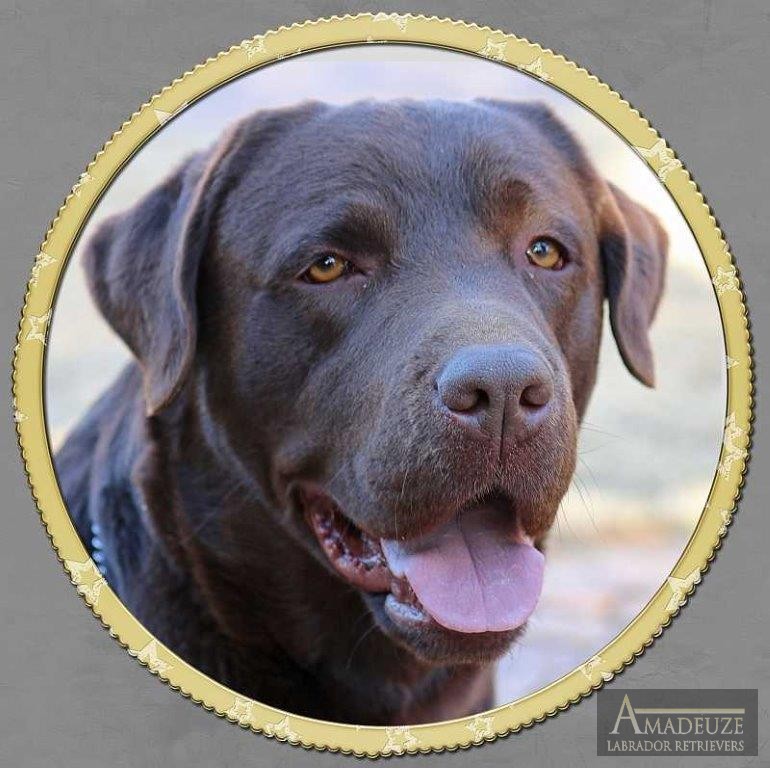 Chocolate Labrador Ben was born from Poplap’s very first litter of Labrador Puppies and sired by Trotter. Ben was destined to become our first homebred show champion! Owned and loved by Johan and Christa van Niekerk, where he found a wonderful and loving home. Sadly Ben passed on in the prime of his life, only 6 years old, due to what we presume was a cancerous brain tumor. He became ill very suddenly and un-expectantly and despite intensive tests done on him he was gone over Rainbow Bridge within about a week. The autopsy showed no other than a small tumor on his brain.

This chocolate Labrador was very successful in the show ring too.

Shown only at club shows previously, Ben was placed twice as Best Junior Dog at the LRKC open shows in 2012 & 2013. This chocolate Labrador then made his debut at an All-Breed Championship show shortly before his 3rd birthday, and was awarded the CC, BOB as well as a 3rd place in the Gundog Dog Group!

Within the short period of 3 months in the show ring during 2014, Ben was made up as SA (Breed) Show Champion, and was also awarded one international championship point (CACIB). Although only exhibited at a few selected championship shows, Ben was ranked as 5th best Labrador on the Animaltalk Top Awards for 2014. What a wonderful achievement!

A lovely Labrador with an adorable sweet temperament

In the van Niekerk household Ben was a much beloved chocolate Labrador and a loving companion dog. We want to thank Johan and his wife Christa for offering such a beautiful home to Ben. Your loss is also our loss and we can only imagine how much you miss him. Fortunately Ben sired a litter shortly before his passing in 2017 with Maggie, and the Labrador puppies were  born soon after his death. We offered Johan and Christa a boy from the litter, and Ben’s son, Bentley, is now living with them. As lovely and loveable as his chocolate Lab dad, and as spoiled to be part of the Van Niekerk household too! Thanks to Johan and Christa for taking so good care of Bentley. 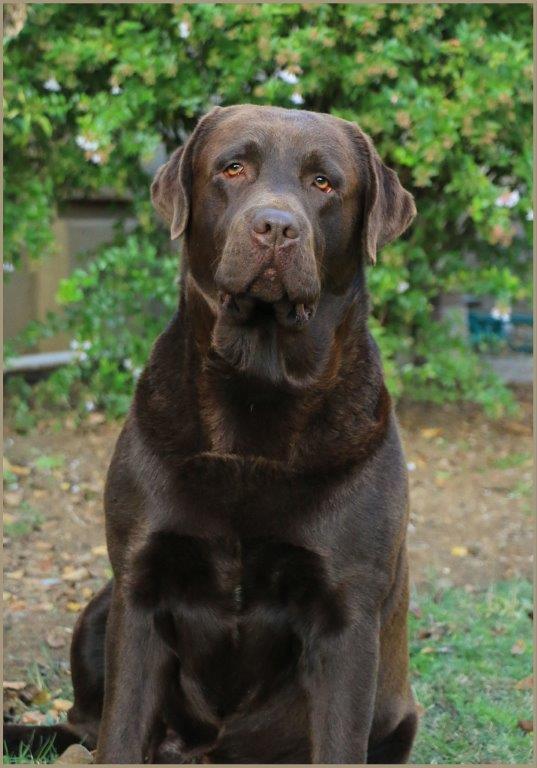 Ben’s son Bentley, a spitting image of his Father in appearance and personality.