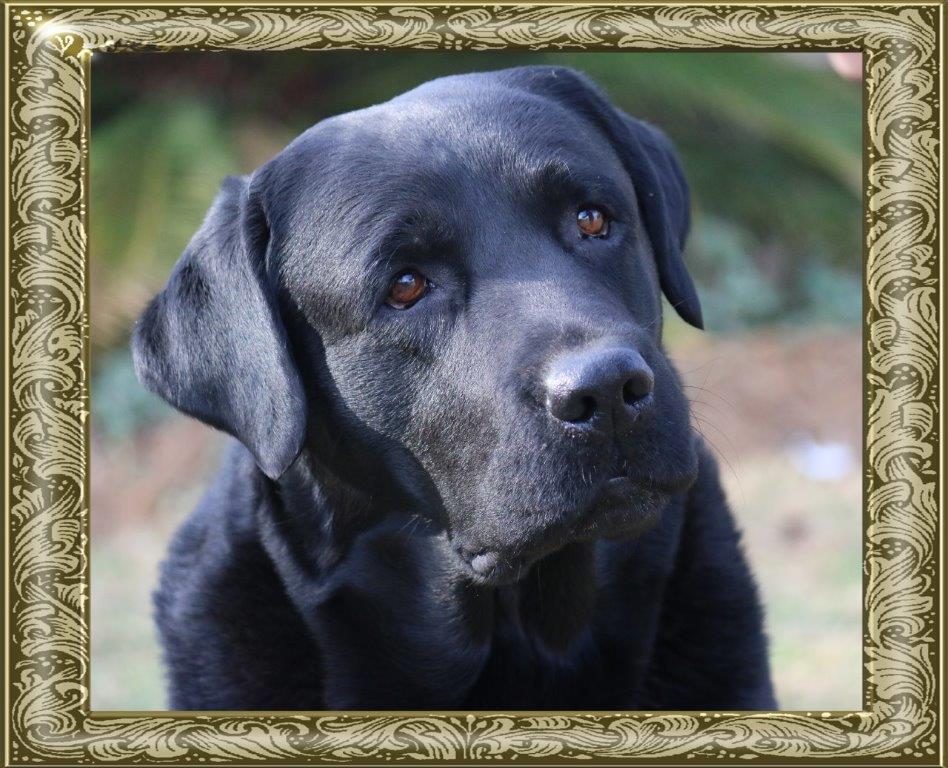 We had the privilege of having a black male Labrador named Trotter in our home and hearts for almost 9 years when he suddenly became ill and passed away. The loss of this black Labrador is enormous in every way, we miss him tremendously. He was one of those “once-in-a-lifetime” dogs, words cannot even try to describe the love and pleasure he brought to our lives, and neither can it describe the longing to look into his droopy eyes once again and to touch and hug that big body one more time….

Trotter had a typical Labrador temperament: fun-loving, eager to play, crazy about water like all Labradors and very keen to please his master. He was a big black Labrador with a loving heart: he adored his human family as well as his canine family. He enjoyed playing with Labrador puppies and with the small mini-wire Daxies and did so with the greatest love and care. He was the ideal companion dog to live with. Everybody who spent time with him fell in love!
He had a beautiful Labrador head with a very kind expression, lovely diamond-shaped eyes, a super thick, shiny coat and a very thick and typical otter tail. He was well boned black Labrador and moved with ease.

Trotter proved himself as an amazing Labrador stud dog: among his offspring we have 7 show champions and a few more youngsters well on their way of becoming show champions. His daughter, Labrador female Kiara, owned and loved by Sandy Borralho, had an amazing show career so far, not only as SA Champion, but she also carries the titles International Champion and Grand Champion – qualifications not many Labradors in SA ever carried before! Thanks to Labrador kennel Ablesing for breeding this lovely girl and to Sandy Borralho for exhibiting this black Labrador to her full potential.
Fortunately we do have some frozen straws from Trotter, and we hope to breed more champion Labrador puppies from that in future. Maybe, just maybe, Trotter will give us a black Labrador son with more or less the same awesome qualities as his late legendary dad. 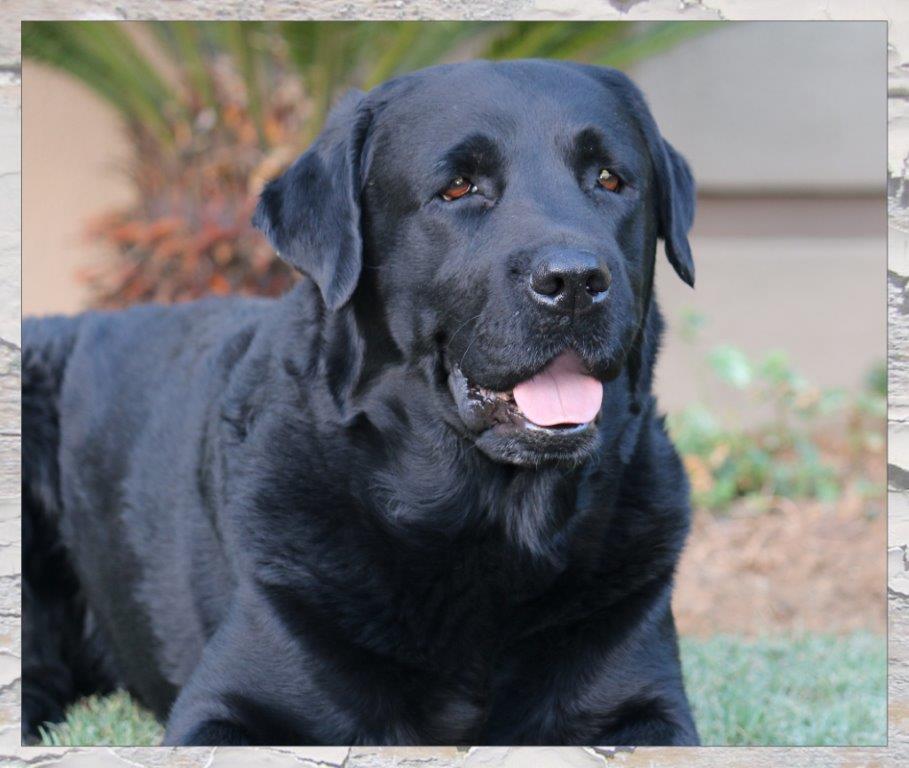 Many thanks to Monica Jarl Winnberg (Seabirds Kennel – Sweden) for letting us have this lovely boy – we loved him dearly and will always be grateful! 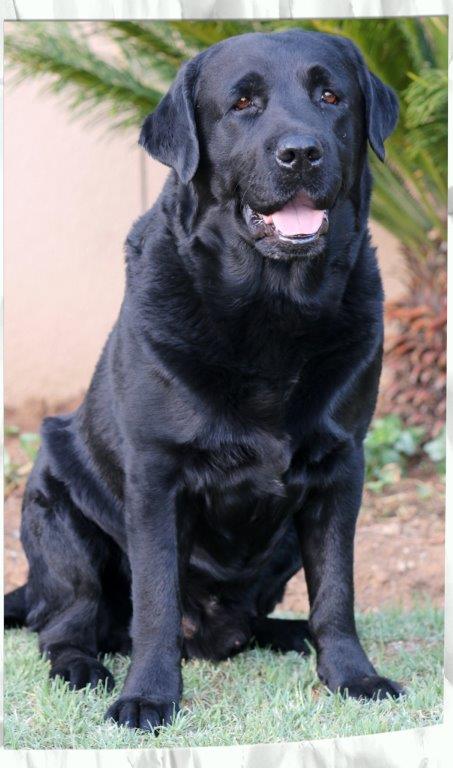 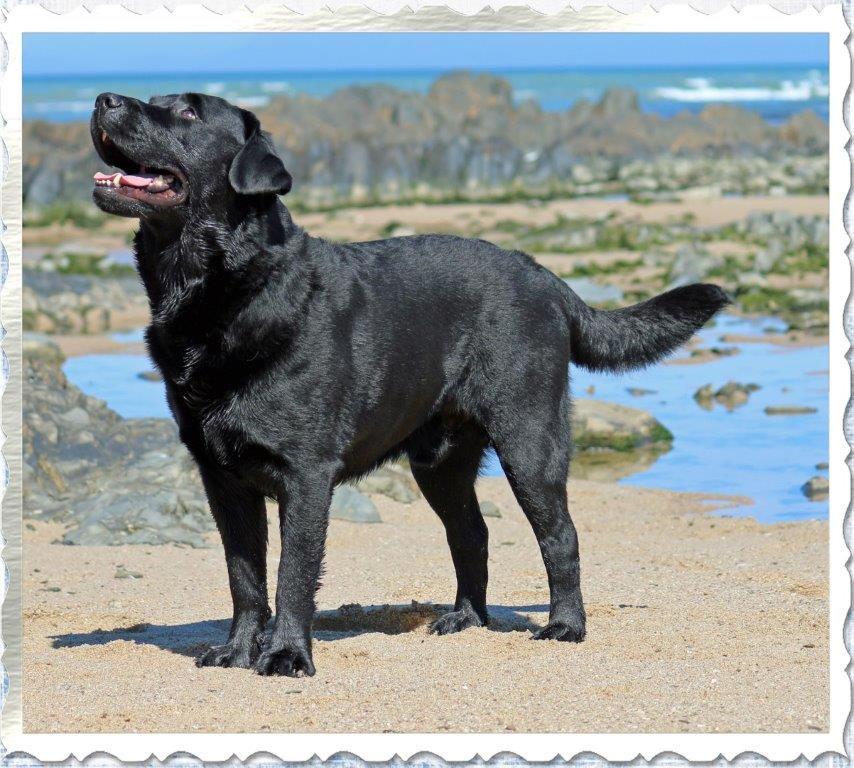 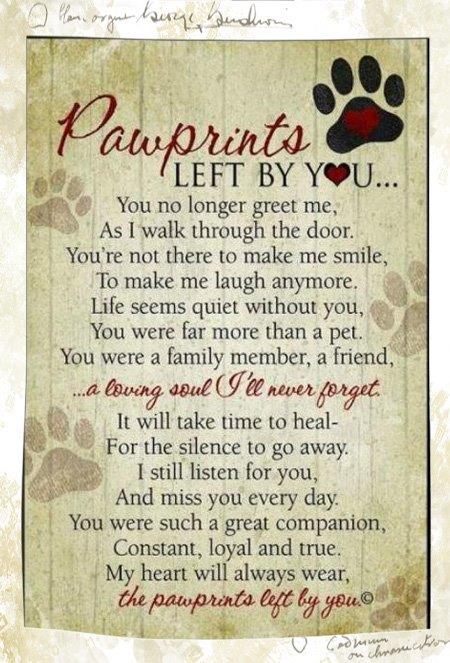