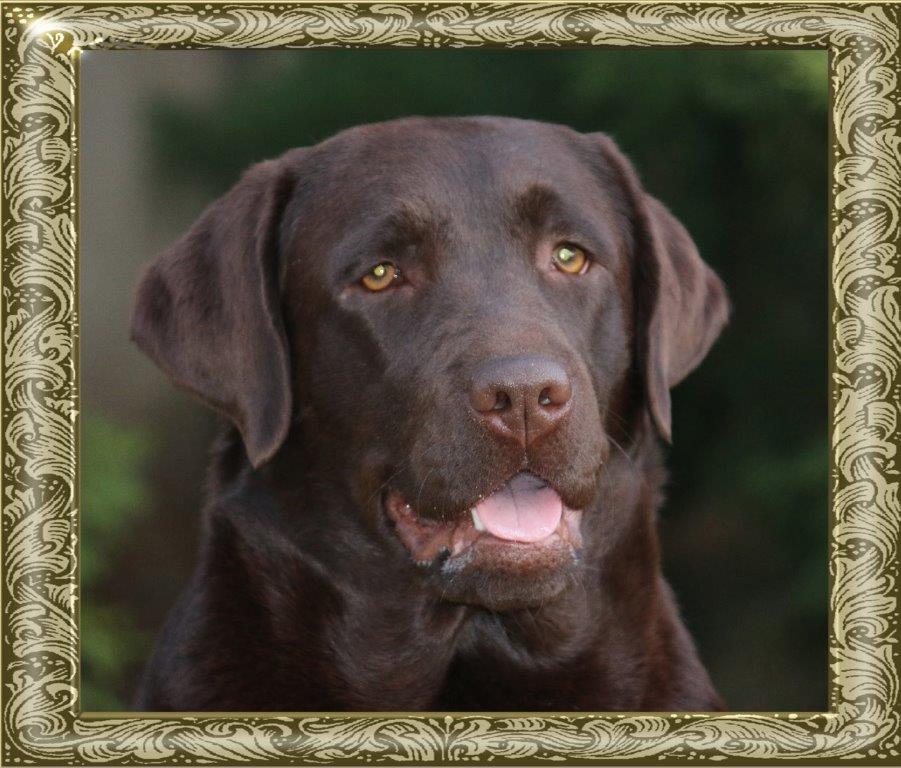 Millie came to us as a very tiny but very pretty chocolate Labrador puppy, hardly 8 weeks old. She was born in Mpumalanga province and bred by Mrs Odette Snyman, kennel Brumoso. Odette used our male dog, black Labrador Trotter at stud for a few litters on Molly (Millie’s mom) and Mollie produced no less than 14 Labrador puppies in this litter; all of them miraculously survived and grew up into lovely Labrador puppies! Shortly before Molly had this Labrador litter in 2014 Poplap, our Champion Black Labrador female, was diagnosed with cancer with the result that she had to be spayed. As there was similarity between Molly’s pedigree and that of our Poplap, I became keen on taking a female puppy from Molly’s litter, and see how she turns out.

What a wonderful surprise we got! Millie exceeded each and every one of our expectations – she has grown into a lovely and elegant young lady!

Chocolate Labrador in the ring

As a young Labrador puppy she didn’t enjoy to attend dog shows and as result we delayed showing her until she was well on her way towards her first birthday. Millie’s show career started at the age of 10 months and during the first championship show she attended this chocolate Labrador pup was awarded Best of Breed, Bitch CC, Best Puppy and won the Gundog Puppy Group.  Needless to say, after that our chocolate Labrador Millie became a show dog, and she was made up as a SA Show Champion (breed) at the age 18 months.

True to her Labrador nature, she is a fun loving girl and enjoys swimming. She is very sweet and easy to live with and owns a lovely, typical Labrador temperament.

A box of chocolate Labrador Puppies

During 2017 and 2018 we bred 2 pretty chocolate litters from Millie, sired by Oscar. We are very pleased with the quality of her Labrador puppies and hope to breed another Labrador litter from her during 2019. From the 2018 litter we kept a girl by the name of Evie. Evie is a lovely chocolate Labrador, and made waves in the show ring since her first show in Baby Puppy Class when 4 months old!

Since 2017 we bred pretty chocolate puppies from Millie, 2 of them sired by Oscar. We are very pleased with the quality of her offspring and hope to breed a last litter from her later this year. From the 2018 litter we kept a girl by the name of Evie. Evie is lovely and made waves in the show ring since her first show in Baby Puppy Class when 4 months old! A litter sister of Evie, living in KZN, proved herself to be an excellent shooting dog, retrieving big birds through rivers and dams. True dual purpose Labradors!

Thanks to Odette for allowing us to have Millie, we love and enjoy her and she is an invaluable addition to our kennel and household. 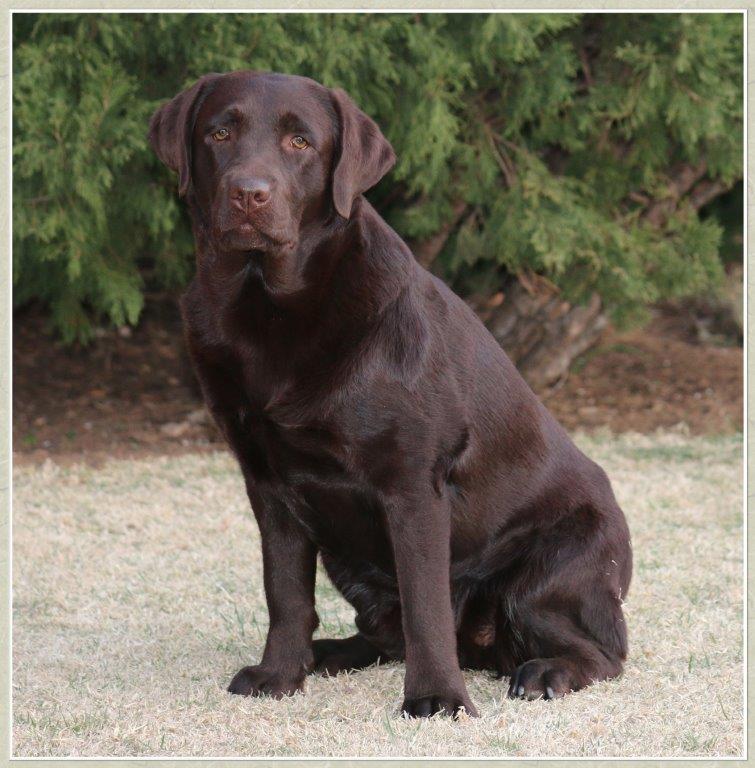 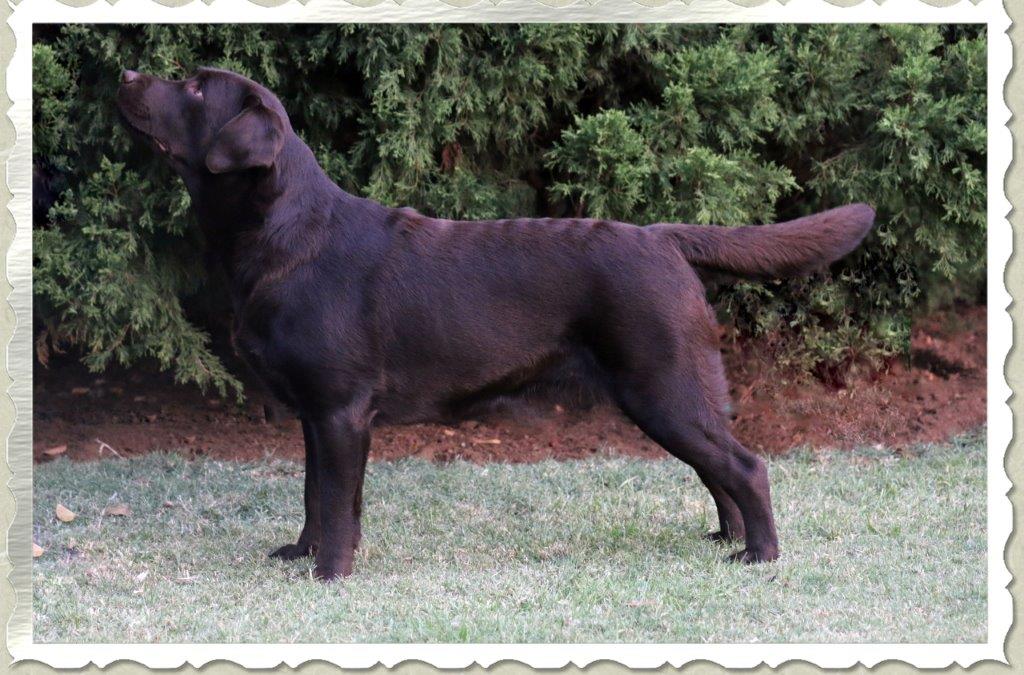