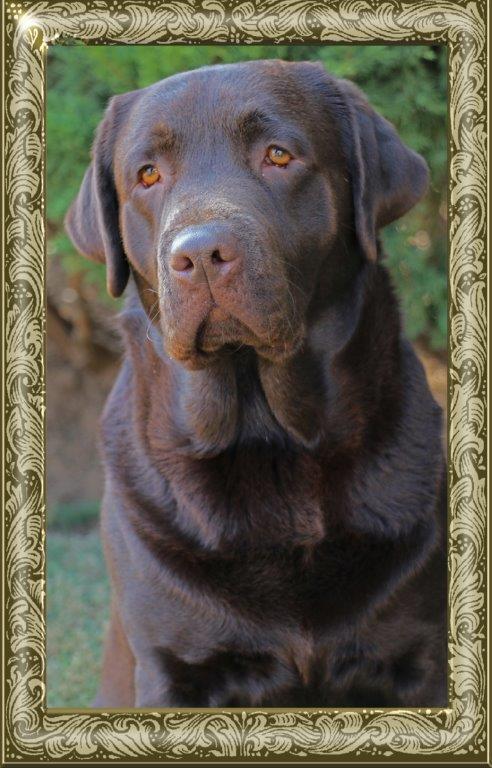 Labrador Oscar arrived in RSA as a cute little chocolate Labrador puppy less than 3 months old, along with female Labrador Nica, who is owned and loved by Sandy Borralho, Kennel Mirain.
Oscar is a busy chocolate Labrador male with loads of energy and he loves to carry everything around. Typical of Labradors, he has an amazing love for water. The moment you fill his water bowl, this chocolate Lab gets in with all fours and splash everything out! This beautiful Lab is a lovely, loving boy who thrives on love, attention and play. He has an amazingly soft temperament as suited to his Labrador breed and a look in his eyes that makes you forgive him every sin he has ever committed!

A slow but successful chocolate Labrador in the ring

In Baby Puppy Class during the 2015 Cape Town shows, chocolate Labrador Oscar was shown only a few times. After having had a rather “slow start” in the show ring, this chocolate Lab finally decided he wants to become a show-dog and at the age of about 10 months, and started showing his heart out! Oscar became a show champion (breed) in 2017, a few months before his 2nd Birthday.

Forwarding the best of genes to Labrador puppies

Passing good genes to his offspring, Oscar the chocolate Labrador also proved himself to be an excellent stud dog, and seems to produce Labrador puppies even better than himself! We are very privileged to have him in our house, hearts and as an invaluable asset to our Labrador kennel and Labrador breeding program.
Many thanks to Monica Jarl Winnberg (Seabirds Kennel – Sweden) for allocating another awesome Seabirds puppy to our kennel, the fourth one – we love him dearly and will always be grateful! 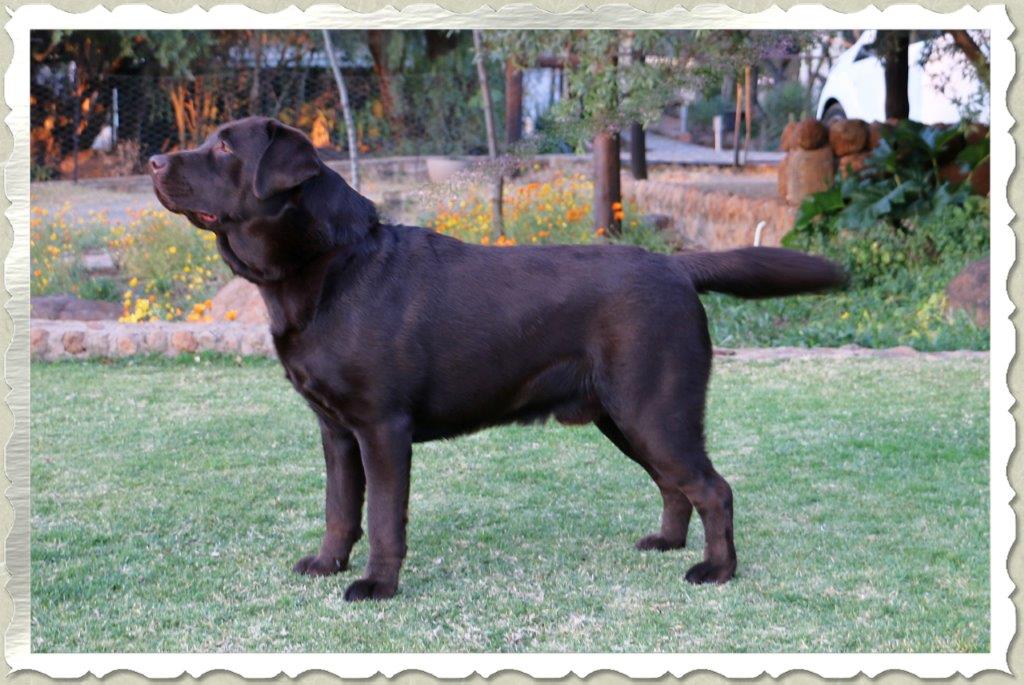