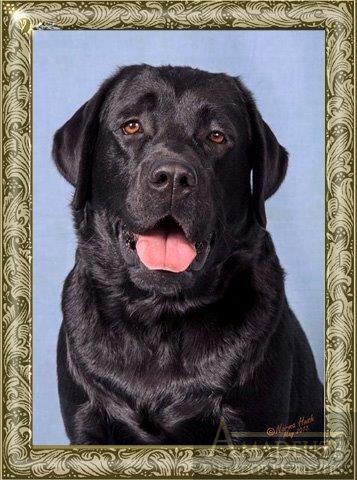 Hubert arrived in South Africa when only 11 weeks old; a beautiful, black Labrador puppy and a bundle of joy! Since that time he surpassed our highest expectancy in every respect – he turned out to be a lovely black Labrador and a very fine example of the Labrador retriever breed.

This black Labrador is energetic, fun-loving and always on the move.  He has a loving Labrador temperament and is always asking for hugs and attention or looking for somebody to play with him.  Hubert is a real clown and keeps everyone entertained with his Black Lab antics. His favorite game is ‘pile up’, where this black Labrador collects empty food bowls, and brings it to you in piles of two, three or four! Another version of this black Labrador favorite game is collecting doggy blankets or beds, whether other Labradors are still sleeping on/under it or not!

Hubert had a very successful show career and became a SA show champion (breed) when he was only 18 months old black Labrador. He is still exhibited occasionally and we are looking forward to show this black Labrador in Veteran class as he recently turned 7 years old. Even though he can be regarded as a well matured Labrador, he still does what he loves best, ‘pile up’ cushions and objects and acts like a clown!

Passing on the black Labrador genes

Hubert sired lovely litters of Labrador puppies, and from his offspring we kept 2 girls, Trix and Miekie who seem to both have inherited their black Labrador dad’s habit of always having to have something in the mouth. Nevertheless, he produced lovely Labrador puppies and we are very pleased with his abilities as a stud Labrador Retriever. His contribution to our Labrador breeding program and Labrador Kennel is highly valued.

Hubert is currently living with my friend Ilze Hoffman and her chocolate girl Ella.    Thanks for Ilze for loving him and taking good care of him.

I would like to thank his Labrador breeder, Anne-Charlotte Dreyfus (Kennel L’Etang Balancet in France) for entrusting him to us. 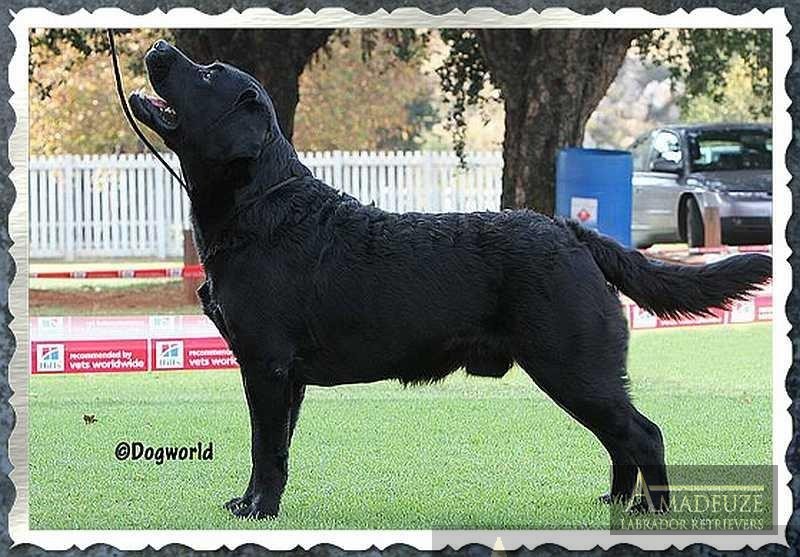 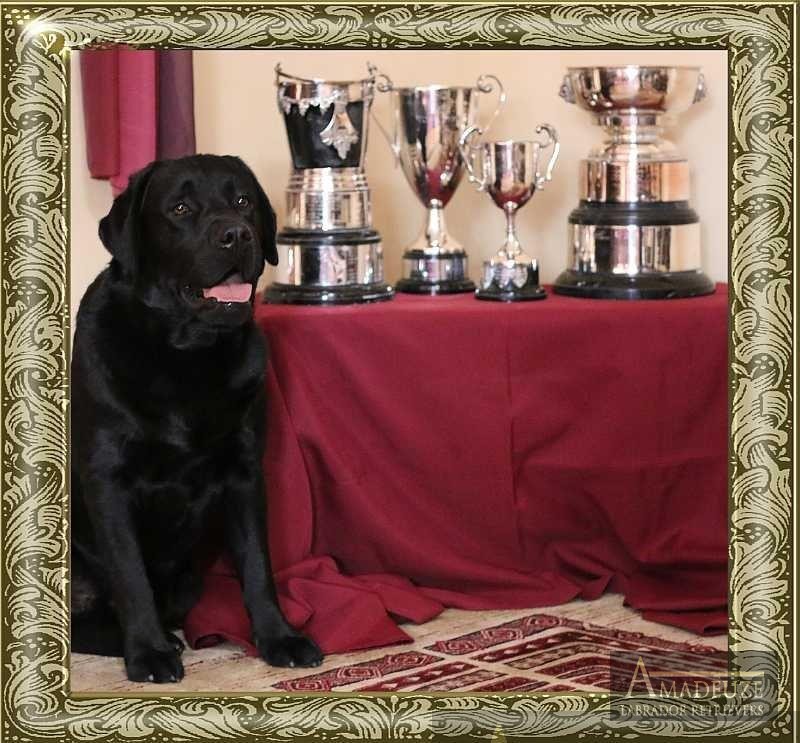 3rd Best Puppy in Show (DOGSPC Best of the Best);