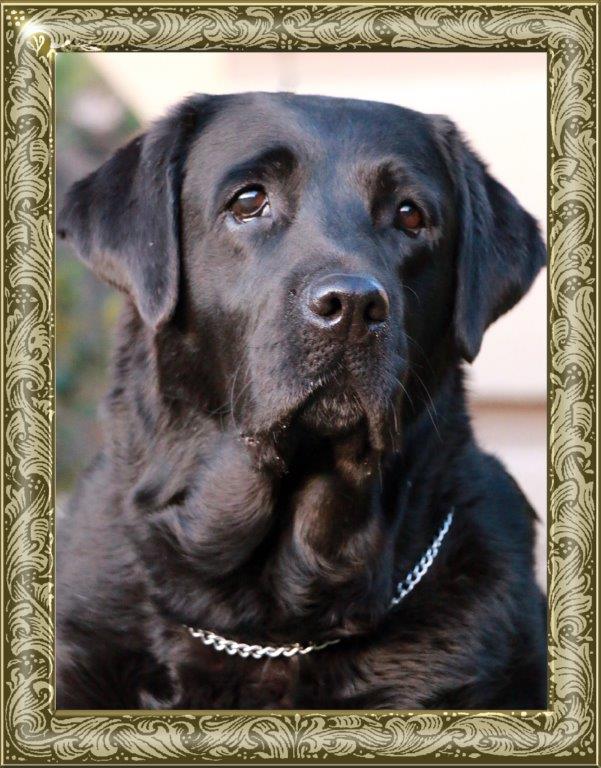 Allegra is a female Labrador with a lovely soft and typical Labrador temperament: fun-loving, eager to play, crazy about water and keen to please. She is an energetic girl and enjoys all sorts of retrieving games, including ball games. This female Labrador loves swimming and jumps into the pool whenever allowed to do so!

Allegra has a beautiful head with a gentle expression, good shoulders, strong hindquarters, a typical Labrador coat with correct undercoat and a typical otter tail. She is well boned and an exceptionally good mover.  She definitely inherited most of the outstanding Labrador qualities of her amazing dad Trotter, who passed on in 2017, both in conformation and temperament.

Allegra our female Lab in the show ring

This lovely female Labrador had a very successful year in the show ring during 2013. She was a qualifier for Junior Dog of the Year (SA Ladies KC) and was placed Best Junior in Show at the Natal Gundog Championship Show.  In September 2013 she was placed Best in Show at the Gauteng Gundog Club Championship Show! In 2014 she was shortlisted as one of 4 qualifiers in the Gundog Group at the Golden Paw Challenge (Western Gauteng KC).  Allegra also received the LRKC (Labrador Retriever Kennel Club) Best Junior Bitch Award & Trophy for 2013!

Through these show results Allegra accumulated enough points to be placed in 2nd position of all Labradors on the 2013 Animal Top 100 Leaderboard! What an amazing achievement for a young female Labrador, not even 2 years old!

She is an excellent mom, and Allegra produced a couple of beautiful Labrador puppy litters between 2014 and 2017, and we are privileged to have two of her Labrador pups, two female Labradors, Miekie and Queeni. After raising her last Labrador litter in April 2017 she was retired from breeding. Later the same year she tore knee ligaments by a freak accident (while chasing after birds in the garden!) but fortunately the “ligament replacement” operation performed on her seems to be very successful. She is also retired as a Labrador show dog and enjoys her days as a mature lady in and around the house. She is still very fond of swimming and when we open the pool gate she goes bananas like all the younger dogs – playing, jumping, diving and swimming in the pool!

During 2019 Allegra made her 2nd debut in the show ring after many years of absence, and competed in Veteran class. She was awarded Best Veteran in Group at the Sasolburg Kennel Club Championship show!

Many thanks to her Labrador breeder Juanita Botha (Ablesing Kennel – Deneysville) for entrusting Allegra to us. 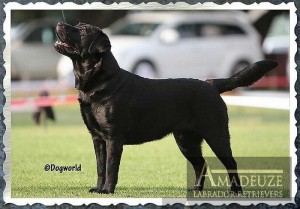 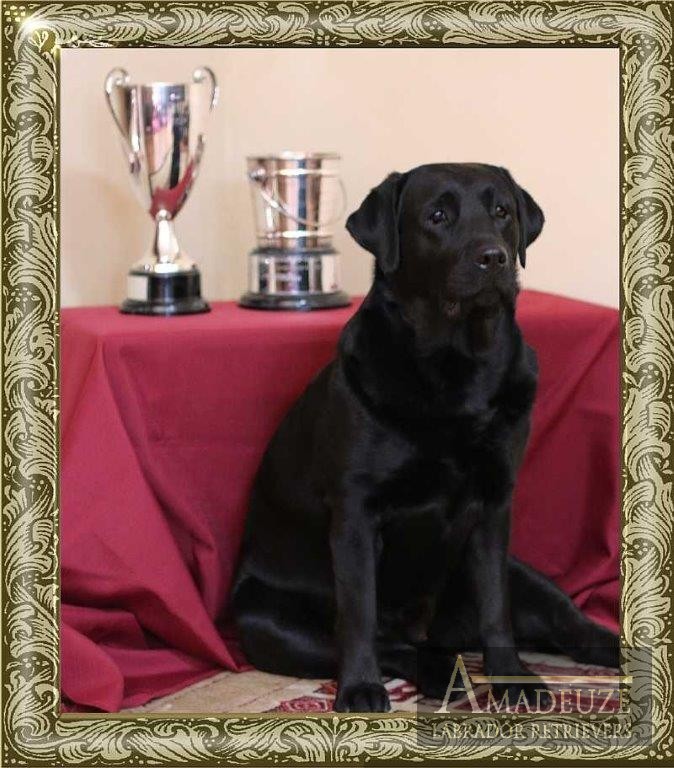